We build and advise new innovation.

The Hover Shuttle Plane Concept by G Labs is a mass transit plane meant to carry more than 50 people sitting and standing from smaller municipal airports.

In the example above, the Shuttle Plane is traveling from Bracket Field in Pomona, California to Zamperini Field in Torrance, California.  Riders can walk right off and catch a Uber or Lyft to their desired destination.

Municipal airports are underutilized, and mainly only used by private pilots as a hanger parking.  With shuttle planes like this traveling across major cities, we avoid the dense traffic of crossing busy cities like Los Angeles. 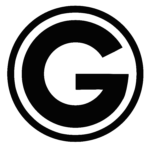